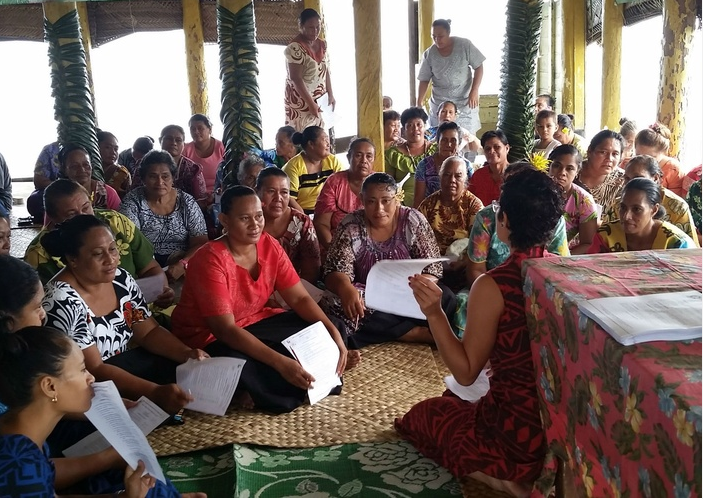 In 2013 the Office of the Ombudsman became the National Human Rights Institution (NHRI) for Samoa.

The Samoan NHRI has all the powers and functions that are normally associated with a NHRI. It has the power to, inter alia, inquire into and report on alleged violations of human rights; promote public awareness of human rights through the provision of information and education; and monitor and promote compliance with international and domestic human rights law.

The NHRI is also mandated to submit a report to the Samoan Legislative Assembly on the state of human rights in Samoa by 30 June of each year. In 2015, the NHRI submitted its inaugural State of Human Rights Report (SHRR) which was launched bythe Prime Minister of Samoa, Tuilaepa Sa’ilele Malielegaoi on 17 August 2015.

The SHRR, which was well received by the Samoan community, is the first of its kind in Samoa’s history as it highlights for the first time the nature and extent of various human rights issues that currently exist in Samoan society. Importantly, the SHRR attempts to dispel misconceptions in Samoa about the true nature and purpose of human rights, and discusses the relationship between Fa’asamoa and the international human rights system. Fa’asamoa is a way of life that is distinctly unique to Samoa. It prescribes an all encompassing system of roles and responsibilities that spell out different relationships within the family and the community.It involves the traditional fa’amatai system (village councils) which is central to the organisation of Samoan society. The core of the fa’amatai is the matai – the title or title-holder that leads the aiga (family/extended family) who is the trustee of the family’s property and represents the family on the village council. The matai can be either male or female. However, currently only 10% of matai titles are held by women. The authority of village councils has played a vital role in maintaining and preserving peace, harmony, security and stability through customary law and traditions, especially in the rural areas where the majority of Samoans reside. The Samoan Government relies heavily on this system for the preservation of law and order throughout Samoa.

Human rights are underpinned by the core values of universality, interdependence and indivisibility, equality and non-discrimination. Similarly, the Fa’asamoa holds core values that guide social interaction such as respect, dignity, love, protection, and service. For example, feavaa’i (mutual respect) is a core value of the fa’asamoa. It is demanded of all Samoans, particularly children towards their parents, brothers towards their sisters, serving members towards their chiefs, young towards the old, congregations towards their pastor and so on. Respect is shown not merely in the manner of talking, but also in the body language of the person.

Alofa (love) is expressed not only within the family and community but also towards guests. It includes parents caring and providing for their children, ensuring that they receive the best of everything; children caring and looking after their elderly parents; brothers and sisters looking out for each other; neighbours providing help and assistance wherever they can; the commitment and sacrifice families make towards the church; and welcoming visitors to Samoa with open arms. Fepuipuia’i (mutual protection) is demonstrated when parents care for and protect their children from harm and danger, and vice versa when roles are reversed later in life, or when the matai of the village ensures that members of the village live peacefully, and villagers uphold and protect the dignity of the matai.

Through the analysis of various human rights issues, including issues affecting the most vulnerable sections of Samoan society, such as women, children, people with disabilities (PWDs) and prisoners, the SHRR proves that international human rights protections and fa’asamoa work together in protecting and promoting human rights in Samoa.

Take gender-based violence as an example. The Samoa Family Health and Safety Study found that 46.4% of women surveyed aged 15 to 49 reported experiencing physical and/or emotional and/or sexual violence by an intimate partner. Yet, a survey conducted as part of the NHRI’s SHRR found that many participants felt that Fa’asamoa and human rights conflicted in this area, with many citing that Fa’asamoa permits husbands to beat their wives.

The NHRI used the interweaving of fa’asamoa and international human rights law to dispel this misconception and highlight the need to reverse the trend of high rates of gender-based violence within Samoan society. The NHRI highlighted a central principle of fa’asamoa – Ole tuafafine ole ‘i’oimata o lona tuagane’ – meaning that a sister is the pupil of her brother’s eye – to show that fa’asamoa protects Samoan women from physical, emotional or sexual violence . This relationship also extends to unrelated males and females.

Similarly, gender-based violence, which impairs or nullifies the enjoyment by women of human rights and fundamental freedoms, is protected under general international law as well as various human rights conventions, including the discrimination provision within the meaning of article 1 of the Convention on the Elimination of Discrimination Against Women. Considering that Samoan women are protected by principles and obligations under both international human rights law and the fa’asamoa, the high prevalence of violence against women in Samoa is intolerable from both a cultural standpoint as well as from a human rights perspective.

The NHRI also used a case study in the SHRR to highlight how fa’asamoa can work in a way that allows the economic empowerment of women and men which helps to reduce the rate of gender-based violence. This is evident in the case of the Pacific NGO – Women in Business Development Inc. (WIBDI).

WIBDI is dedicated to strengthening village economies with a development model that takes into account Samoan values, tradition and culture. It works with vulnerable populations to develop sources of income to increase self-reliance and independence, focusing on networking with communities, government and other organizations in Samoa and around the Pacific. It began its fine‑mat programme for women in the mid-1990s. However, it witnessed an unfortunate trend. In areas where women were becoming the main income earner through the WIBDI programme, there was a spike in gender-based violence as a result. Women were being beaten because of the amount of time they spent weaving instead of cleaning and doing other expected household activities. In response, WIBDI reframed their programme to include the husband as a planter and harvester of the pandanus (weaving) plants while simultaneously sharing childcare and domestic duties with his wife so that she could weave. Re-conceptualizing the programme as a family initiative allowed for the inclusion of everyone in economic empowerment. As the WIBDI website states, “this means being able to send children to school, to pay utility bills and, importantly, to have control over their lives instead of relying on remittances”. This has seen a reduced rate of gender based violence in the villages that WIBDI is currently operating in. It is hoped that this program of economic empowerment, combined with the NHRI’s education and outreach program which seeks to explain the interrelationship between fa’asamoa and human rights, will continue to help reduce the rates of gender-base violence in Samoa.

Finally, the Samoan NHRI will attempt to explain the relationship between the fa’asamoa and international human rights norms in its next SHHR in 2016 when it focuses on the rights of people with disabilities. It will explore how Samoan culture and human rights can ensure that PWDs are able to participate effectively and fully on an equal basis with the rest of Samoan society.