During the consultation participants from 15 countries shared experiences and lessons learned in promoting a culture of human rights and the rule of law in the region, and identified operational approaches to address current barriers to the full realization of human rights. While recognizing the support of member states to National Human Rights Institutions (NHRIs) and the need for this to be sustained, the participants stressed the importance of greater independence through enhanced legal frameworks, and operational and financial autonomy in line with the Paris Principles.

Participants underscored the key role of NHRIs in the realization of the Sustainable Development Goals (SDGs), the African Union Agenda 2063 and ECOWAS Vision 2020, based on the Merida and Kigali Declarations on SDGs. They also identified opportunities for collaboration with national entities involved with national development plans and the management of statistics. Participants committed to strengthening the focus on the rights of women and children and called for more concerted action to address the human rights challenges linked to migration and the implementation of the Global Compact on Migration by their respective states.

As a number of countries in the region will be organizing high-stakes presidential elections in 2020, the participants stressed the need for the utmost respect of human rights in electoral processes and pledged to assist their respective states and national institutions to promote peaceful, credible and transparent elections. Participants agreed to closely monitor issues relating to hate speech, gender representation and inclusive participation, the militarization of the electoral process, respect of the rule of law, and to advocate against practices of vote buying. They also committed to engaging in national debates relating to constitutional review with the view of including human rights and rule of law standards.

Other concerns raised at the consultation included evolving security threats such as; violent extremism and terrorism, transnational organized crime, inter-community violence, the conflict between farmers and herders, and their impact on the safety of the population and stability of the nation. Participants appealed for continued collaboration and partnership to addressing these threats between national authorities, regional and international organizations while recognizing the resilience of the affected communities.

Delegates further acknowledged the role of human rights defenders including civil society organizations (CSOs) and paid tribute to those who have fallen in the line of duty while extending their condolences to their respective families. They commended the constructive partnership with and support of ECOWAS, G5 Sahel, OHCHR-WARO and UNOWAS to the work of National Human Rights Institutions.

Source: Commission on Human Rights and Administrative Justice of Ghana 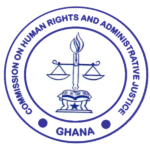