The visit was organised the Pacific Commonwealth Equality Project (PCEP) implemented by the Pacific Community’s (SPC) Regional Rights Resource Team (RRRT). Three fully established NHRIs in the Pacific – Fiji, Samoa and Tuvalu – were part of the delegation, alongside representatives from the Cook Islands, Kiribati and the Federated States of Micronesia.

During their visit to Northern Ireland, the delegates heard from the entire NIHRC staff team on issues such as meeting the Paris Principles in legislation and practice; corporate and financial management processes; embedding human rights-based approaches in good governance; national inquiries; and legal and casework. They also had the opportunity to meet with the Northern Ireland Public Services Ombudsman. 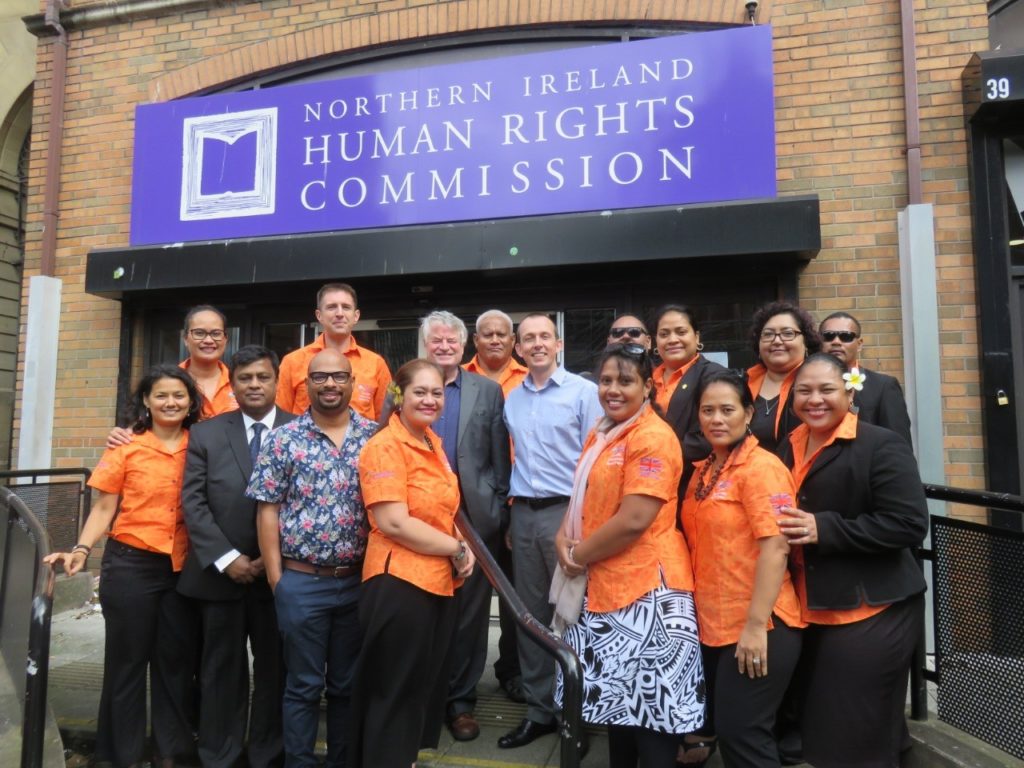 Richard Jones, Deputy Director for Democracy and Human Rights for the Foreign and Commonwealth Office met with the delegates at the EHRC, and provided an overview of current human rights priorities which include: Freedom of Expression (including Media Freedom); Gender Equality; LGBTI rights; Freedom of Religion or Belief; the Death Penalty and Torture Prevention, and Modern Slavery.

Both NIHRC and EHRC were honoured to receive the delegation and wished them well for their journey home.