In honour of the 70th Anniversary of the Universal Declaration of Human Rights we wanted to know a little more about who works in human rights, what motivatesRuth Ssekindi image them, and their thoughts for the future. To start us off Ruth Ssekindi, Director of Monitoring and Inspections at Uganda Human Rights Commission shared her views and experiences as well as how the Commission marked today’s anniversary. 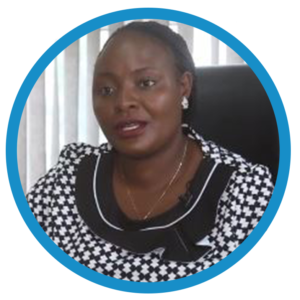 If you could be present at any point in human rights history, where and when would it be?

Was there a defining moment that led you to work in human rights?

Yes. When I saw the plight of survivors and victims of torture, coupled with impunity of perpetrators, I made a decision to join the struggle against human rights abuse.

Limited political will, cultural relativism, Corruption, poor implementation of legislation, Impunity and failure to hold perpetrators accountable are some of the greatest challenges affecting human rights.

What gives you hope for the future of human rights?

The fact that there are still good and courageous people out there, who are willing to speak up for the voiceless, and willing to risk their lives for the common good.

When you think of human rights, what word comes to mind?

How do you see the role of National Human Rights Institutions developing in the coming years?

In my opinion, NHRIs have a lot of potential and opportunities and their roles should develop in line with world growth and development in science and technology so as to ensure effective protection and promotion of human rights. They need to start addressing human rights issues/concerns and violations related to science and technology eg. cyberbullying, medical trials, etc.

What advice would you give to future generations of human rights advocates?

Always speak-up or do something when you note any injustice. Your voice or action may be the only life-saver or hope for someone.

How is your institution marking the 70th anniversary of the Universal Declaration of Human Rights?

The Uganda Human Rights Commission in partnership with, among others, the Office of the High Commissioner for Human Rights, are holding activities to mark the 70th Anniversary of the adoption of the Universal Declaration of Human Rights which falls on 10th December every year. The day is critical in the global human rights movement; with this year’s commemoration building on the global theme “Stand up 4 Rights” campaign that was launched on 10th December 2016. The UDHR commemoration this year has three objectives; namely, to promote, to engage and to reflect.

The Uganda Human Rights Commission which is the National Human Rights Institution (NHRI) is spearheading activities to commemorate this milestone, with a number of activities. Some of the activities carried out by UHRC and partners building up to the day include:-

A drawing competition to raise awareness of the UDHR among children in the age of 5-18 years old. The call for participation was circulated using the New Vision Newspaper Tooto Magazine and the UHRC regional offices across the country and we have received a good response. Marking of the entries submitted is in advanced stages with the aim of identifying winners and runners-up who will be recognized at the main event on 10th December 2018 during the Human Rights Gala at the Railway Grounds.

An Essay competition targeting students in universities and tertiary institutions (youth category) was also launched and entries have been received. The marking process has been completed and the winners and runners-up have already been identified. These will also be recognized at the main event on 10th December 2018 during the Human Rights Gala at the Railway Grounds.

Collection of art pieces for the Human Rights Museum/Gallery, the first of its kind in Uganda which will be launched by the Chief Guest at the Human Rights Gala and displayed at the mini-exhibition for viewing on Monday 10th December 2018 during the main commemoration event.

The main objective of the permanent Human Rights Museum /Gallery is to contribute towards the continuous efforts of raising awareness of human rights among the public, but this time illustrating human rights messages in an artistic and creative format using drawings, paintings, sculptors and poems on selected human rights themes.

The Human Rights Gala on 10th December 2018. Commemoration activities will be crowned by a Human Rights Gala that will be held at the Railway Grounds in Kampala on Monday 10th December 2018. The UHRC and partners have invited over 300 guests including ambassadors, ministers, judges, and members of security agencies, members of the academia, and human rights organisations from the civil society and other dignitaries from the Ministries, Government Departments and Authorities (MDAs) to participate in the procession and attend the main event.

Activities at the Human Rights Gala (D Day) will include:-

The day will start with a peaceful procession from the Railway Grounds through the city and the Chief Justice Hon. Bart Katureebe has been invited as the Chief Walker and Chief Guest at the Main event.

Each of the artists or author will also be accorded a photo opportunity with the dignitaries present.

3. Launch of the Human Rights Museum/Gallery

The art pieces that will be displayed/exhibited at the event on 10 December 2018 will be donated to UHRC and its partners to kick-start the process of canvassing/mobilising artists to work on more pieces of art depicting human rights themes and contribute to the continuous collection of items for display in the permanent Human Rights Museum/Gallery, over the coming years.

Speeches to re-commit to the advancement of human rights cause, reflect on the human rights situation in the country and commit to addressing the challenges that impede full enjoyment of rights as contained in the UDHR and highlighting how the UDHR70 is as relevant today as it was 70 years ago when it was adopted, will be made at the Human Rights Gala by dignitaries representing among others the development partners, UN Human Rights, human rights civil society organisations, Government, Ambassadors and the Chief Guest the Chief Justice of the Republic of Uganda Hon. Bart Katureebe. 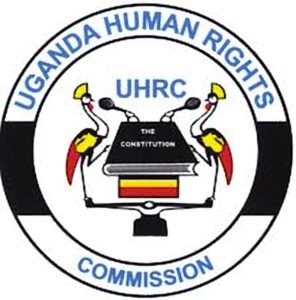 Business and Human Rights in the Commonwealth