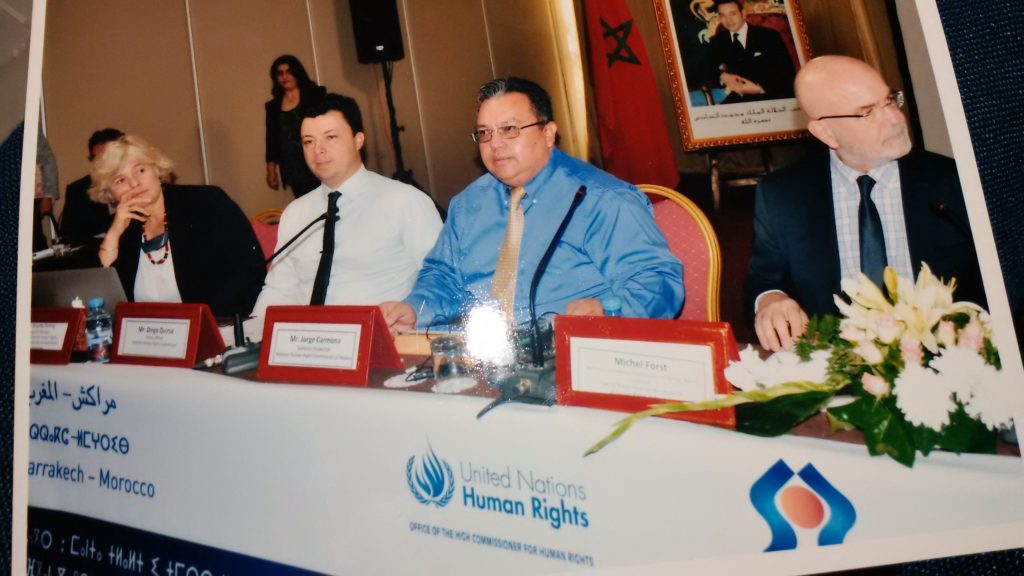 The Scottish Human Rights Commission (SHRC) represented the CFNHRI at the COP22 special event for National Human Rights Institutions (NHRIs). Entitled, “What role can NHRIs play in monitoring the implementation of sustainable development goals and commitments under the Paris Agreement on Climate Change?”, on October 6th 2016 in Marrakech, Morocco.

As a panellist in the first session on “Sharing Best Practices”, Diego Quiroz (SHRC) drew attention to the CFNHRI’s St Julians’ Declaration on climate justice, highlighting the declaration’s focus on the strong convergence between climate change, development and human rights. The event also featured a discussion on the work the CFNHRI on climate justice – through its focal points; – Scotland and Cameroon.

The key focus of the event was: