“Cultural mindsets are the biggest barriers to progress. We need to remind people that human rights are universal and apply to everyone regardless. Everyone should be treated with respect and equality.”

Alongside this we are highlighting the work being carried out by National Human Rights Institutions across the Commonwealth to uphold the rights of LGBTI people in their countries.

Kyriacos Kyriacou works at the Office of the Commissioner for Administration and the Protection of Human Rights (Ombudsman) in Cyprus. The Commissioner’s mandate includes, amongst others, functions in the area of protecting, promoting and guaranteeing human rights, as the National Human Rights Institution (NHRI).

Human rights are protected by the constitution of the Republic of Cyprus. Civil unions between people of the same sex have been recognised since 2015 and hate speech against people in regards to gender identity and sexual orientation is illegal.

“Although LGBTI rights are protected by law, there are problems within towns and villages where closed communities are not ready for acceptance.

“For example, last year a bishop told a crowd that homosexuality was an illness that will infect people. Our NHRI issued a statement about the bishop’s specific speech, noted that it promotes hatred, discrimination and racism against a specific group of people. The police agreed to investigate this case as it was regarded as hate speech but they concluded there wasn’t an issue. This has really affected people in the community as many are religious here.

“The NHRI has worked to improve the laws on gender recognition. With the NHRI’s contribution, transgender people can now change their gender on official documents. A relevant draft legislation has already been prepared, but is still pending, regarding the change of the gender on official identification.

“We partner with both government and civil society to challenge prejudice and discrimination. Particularly, we are partners in the HOMBAT programme with, among others, the Youth Board of Cyprus, the Ministry of Education and Accept LGBT Cyprus. The programme aims to challenge homophobic and transphobic bullying in schools.

“The ultimate goal is for all people to be treated equally and for everyone to recognise that LGBTI people have the same human rights as everyone else.” 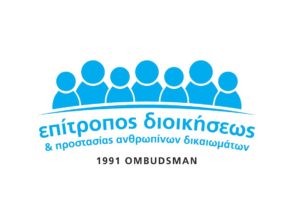