National Human Rights Institutions (NHRI) from around the world gathered in Marrakech earlier this month for GANHRI’s 13th International Conference, to discuss their role in protecting human rights defenders, with a specific focus on women. Attendees pledged to adopt the Marrakech Declaration, which recognises the vital role that human rights defenders play in the ‘realisation of all human rights, at the local, national, regional and international levels’.

Speakers highlighted shrinking civic spaces, growing populism, anti-rights narratives, and increasingly frequent attacks on human rights defenders and those who protect them, as some of the key challenges to promoting and protecting human rights today.

UN Expert Michel Forst stated that the declaration should reinforce and drive the response of NHRIs to do more and better for human rights defenders. However, he also highlighted that NHRIs are facing attacks on their foundation and independence through budget reductions, changes or restrictions of mandates and increased vulnerability from political influence during periods of institutional and political change.

Representatives from NHRIs also provided examples of threats to staff and commissioners who have been targeted with defamation campaigns, verbal and physical violence, and intimidation. Sima Samar, head of Afghanistan’s NHRI drew attention to the threat to women human rights defenders commenting that “brutal acts put people in a position of fear” and that there are “targeted killings of women who talk about human rights”.

The declaration makes specific calls to:

How we use communication to promote and protect human rights defenders and challenge the current hostile narrative around human rights was a key question throughout the conference. Peggy Hicks, Director of Thematic Engagement at OHCHR, stated that human rights are not fully supported or understood and called for human rights institutions to: 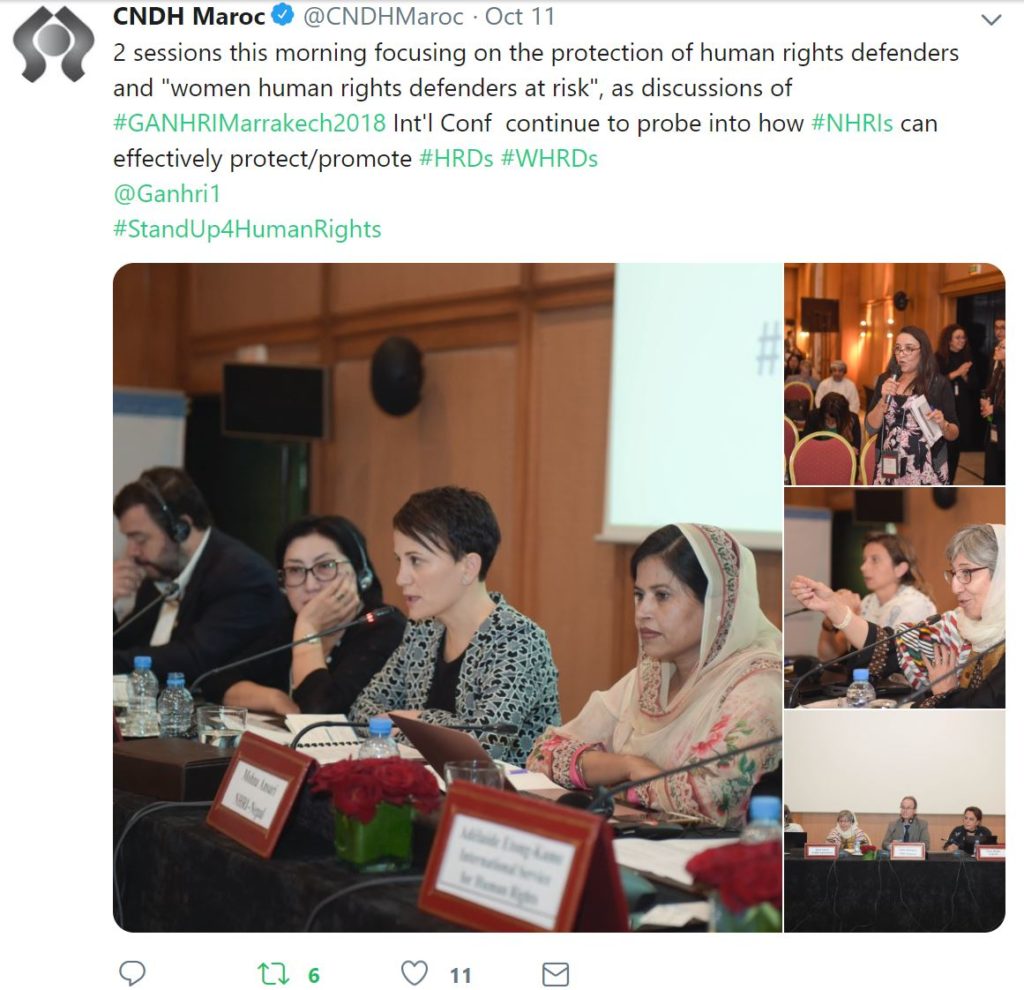 Read our statement on the dismissal of the commissioners of the Human Rights Institution of Sierra Leone.