The Australian Human Rights Commission’s (AHRC) has developed a web-based portal as part of its IncludeAbility project, an initiative aimed at increasing meaningful employment opportunities for disabled people.

The IncludeAbility portal hosts a range of resources that support employers and disabled people who are seeking employment, developing their career or considering self-employment. The guides and fact sheets cover topics such as: 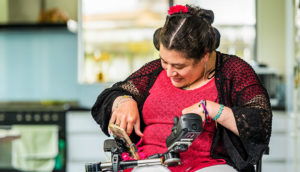 More than 4 million people in Australia have a disability, yet this significant part of the population are being left behind in the labour market. In 2011, Australia ranked 21st out of 29 countries in the OECD for the employment of people with disability, and little has improved since.

The national initiative is led by the AHRC’s Disability Discrimination Commissioner, Dr Ben Gauntlett. As well as the web-based portal, the project includes:

Read about the IncludeAbility project on the AHRC’s website.