On 10 and 11 July 2019, London played host to the first Global Conference for Media Freedom which brought together government ministers and officials from over 50 nations. It was jointly organised by the UK and Canadian governments as part of an international campaign which aims to shine a spotlight on the erosion of media freedom and improve the safety of journalists and media workers. 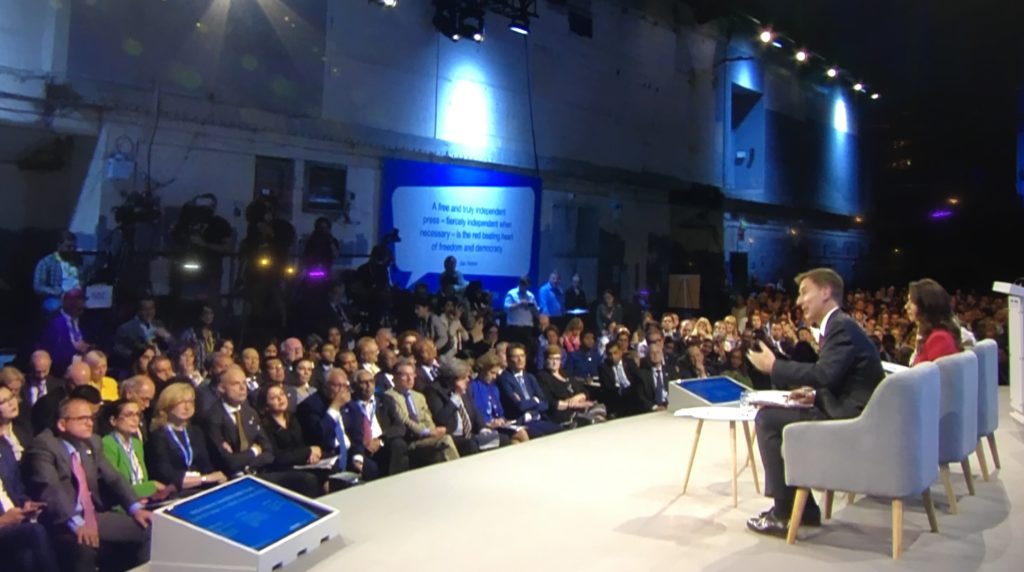 Over 1,000 participants from around the world attended, including representatives from multilateral agencies, civil society, academia, and the media, to discuss what action is needed to address current and future threats to journalism. UK Foreign Secretary, Jeremy Hunt, and the Canadian Foreign Minister, Chrystia Freeland led the two-day discussion and were joined by Amal Clooney, the UK Foreign Secretary’s Special Envoy for Media Freedom.

The Conference was also a response to an urgent call by UN Secretary-General Antonio Guterres, for more to be done to protect journalists and media workers, and “create the conditions they need to do to their essential work, and investigate and prosecute the perpetrators of attacks on them”. Recent reports from UNESCO and Reporters Without Borders found 2018 to be the deadliest year on record for journalists, with approximately 100 journalists and media workers killed, over 300 held in detention, and at least 60 held hostage.

In the Commonwealth, issues such as misinformation around elections and internet shutdowns have come to the fore, and countries which have previously enjoyed higher rates of media freedoms are also witnessing erosion or increasing control over the media, and the targeting of individual journalists. 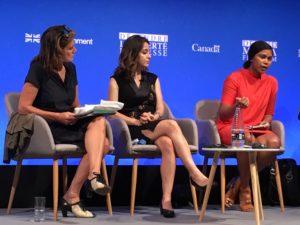 Back in June CFNHRI reported concern for Media Freedom in Australia following Federal Police raids at the offices of ABC news.

At its best, a free press can shed light on injustice, hold those who abuse power to account, and provide a platform for voices and stories to be heard. A free press is also key to the communication of human rights, and a sign of a healthy democracy. National Human Rights Institutions are mandated to protect and promote human rights and freedoms, and it is vital that we keep a critical eye on the state of our press, call out abuse, and advocate for better protections. 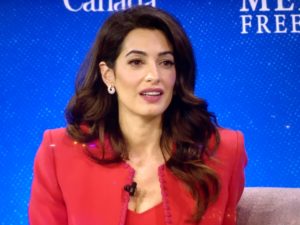 Speaking at the conference, Amal Clooney quoted James Madison, one of America’s Founding Fathers, who said that a free press is

“the only effectual guardian of every other right”,

to emphasise that the erosion of media freedom undermines not just the rights of journalists, but of every citizen. She called the current international system for protecting freedom of the press ‘broken’, stating that:

an international campaign like this one can bring positive change only if governments are willing to pay more than lip service to the ideal of media freedom. All governments say that they believe in a free press: the right is even enshrined in North Korea’s constitution. What matters is enforcement of this right. And enforcement depends on states.

UK Foreign Secretary Jeremy Hunt announced five “practical steps” which the UK and its international partners will be taking to protect journalists in danger zones. They include the UK committing £18 million to improve media freedom around the world, and setting up a High-Level Panel of Legal Experts on Media Freedom which will be jointly chaired by Lord Neuberger the former President of the UK Supreme Court and Amal Clooney.

Find out more about the campaign and the Global Conference including speeches and pledges.

This blog was contributed by Michael Clarke, who is Senior Associate for International Communications and Engagement at the EHRC and responsible for coordinating the international work that takes place across the Commission. For more information about our international work please contact: michael.clarke@equalityhumanrights.com

Technology and Human Rights: Beyond Ethics?