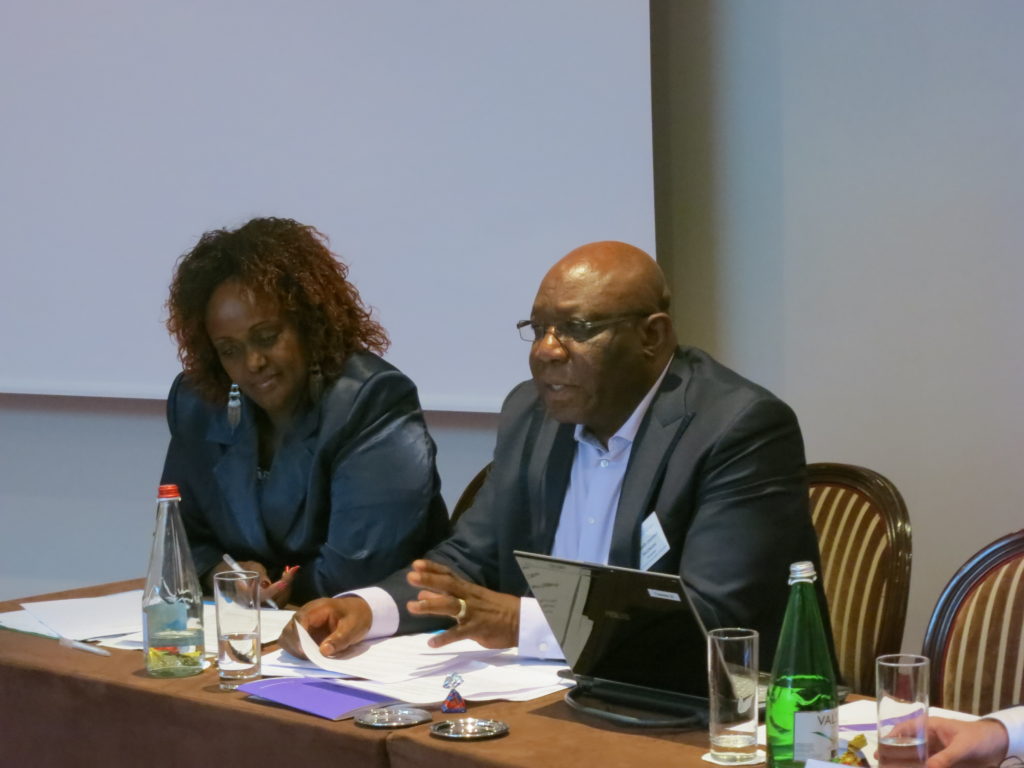 The Commonwealth Forum of National Human Rights Institutions (CFNHRI) met in Geneva, Switzerland on Thursday 9 – Friday 10 May for its 2013 Biennial Meeting.

The meeting brought together 52 participants from 20 Commonwealth national human rights institutions (NHRIs) and ombudsman offices, as well observers from civil society organisations and other NHRI networks. This meeting built on discussions had during the previous meetings of the CFNHRI in Bracknell, UK, in May 2011 and Geneva, Switzerland in March 2012.

The two day meeting consisted of a series of sessions involving presentations from members and external experts, as well as open discussions. Topics covered included human rights and mass violence; sexual orientation and gender identity, and the rights of older people in the Commonwealth including discussion around a convention on the rights of older people. The CFNHRI also heard updates from the CFNHRI Working Groups on Climate Change and Human Rights, and Disability.

A communiqué from the meeting will be prepared ahead of the Commonwealth Heads of Government Meeting (CHOGM) which is being held in held in Colombo, Sri Lanka, from 15 to 17 November.